Radiographs (X-rays) are extremely helpful for diagnosing and monitoring many medical and surgical conditions. X-rays are useful in examining your pet's bones, lungs, heart, abdomen, oral cavity and other areas of the body. An X-ray can spot a fractured bone, detect tumors, help with the diagnosis of heartworm disease or locate an obstruction or foreign body in your pet's intestine or stomach. When used in conjunction with other diagnostic procedures like barium series and ultrasound, X-rays can accurately diagnose problems, making treatment faster and easier for your pet and your veterinarian.

The Village Veterinary Surgery uses the latest in digital radiology equipment as part of your pet's diagnostic care. Most radiographs are interpreted immediately by our experienced veterinarians. In complicated cases, your pet's radiographs can be emailed to area radiology specialists for timely second opinions. 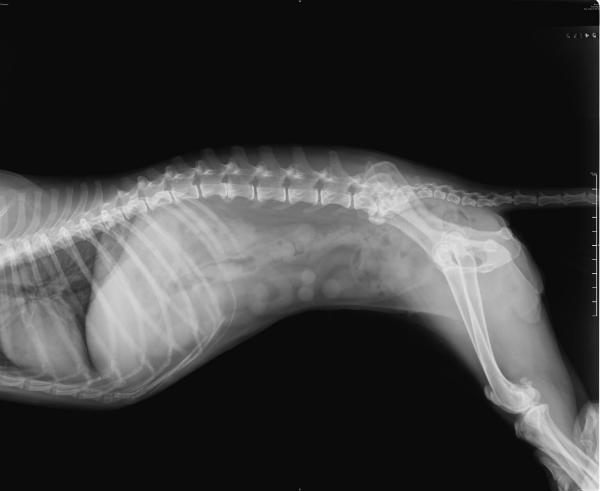 Ultrasound is a pain-free, totally non-invasive technique that uses high-frequency sound waves to produce a real-time image of your pet's internal organs. Often considered more exact than radiographs, ultrasound provides a movie of what is happening inside your pet's body.

It is particularly useful in viewing your pet's abdominal organs including the spleen, kidneys, liver, and gallbladder. It can also be used to evaluate heart functions, bladder scans and other areas such as the thyroid glands, testicles and mammary glands.

Ultrasound also works well in conjunction with other diagnostic tools and a wide range of diagnostic procedures. For example, if an X-ray shows a lesion on your pet, an ultrasound can determine the origin of the lesion and whether it has spread elsewhere in your pet's body. Using the ultrasound image as a guide, surgical biopsies can be obtained without major surgery and your pet can often go home the same day. Ultrasounds are typically not stressful for your pet and take anywhere from 15 to 30 minutes to perform. 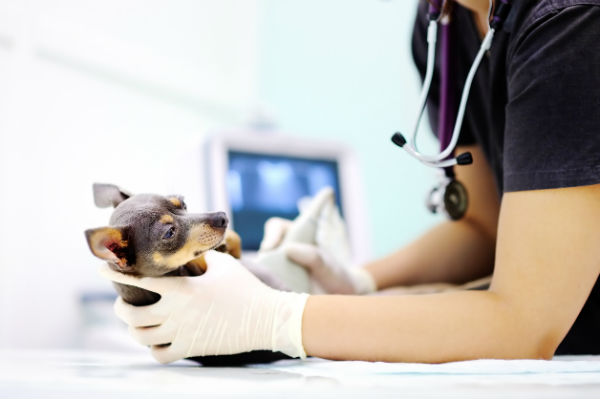 Echocardiograms are specialized ultrasound images of the heart that are far more precise than electrocardiographs. An echocardiogram creates a two-dimensional real-time video image of the cardiovascular system that displays the function of the valves in the heart, the contractions of the heart, blood flow through the arteries, and more.

Veterinary Endoscopy is an extremely useful procedure that aids in the diagnosis and treatment of problems occurring in the upper and lower gastrointestinal (GI) tracts. With an endoscope, we can perform a more complete examination of the GI tract, including the esophagus, stomach, and some areas of the intestines.

The endoscope allows the veterinarian to visualize areas that would normally not be accessible without invasive surgery. The scope is equipped with a lit camera so pictures can be transferred to a monitor to be better evaluated by the veterinarian. Using the scope, a vet can diagnose gastrointestinal disorders, cancerous growths, polyps and much more.

The endoscope is useful in obtaining samples of potentially infected or cancerous material. When performing a biopsy under such conditions, the endoscope serves as the "eye" of the veterinarian, allowing him or her to obtain the best possible samples for evaluation. This procedure is extremely helpful in diagnosing malignancies in the GI tract as well as GI disorders, such as Inflammatory Bowel Disease.

Another function of the endoscope is to aid the veterinarian in the removal of foreign objects. Often, animals swallow things that they should not, including toys, buttons, and in one instance, a sewing needle! Using the endoscope as a guide, the veterinarian may be able to remove such objects using a special instrument, rather than resorting to a major surgery.

Performing preventative medicine as well as diagnosing emergent internal health issues requires the ability to perform a wide range of laboratory tests on blood, urine, faeces, and biopsied tissue. Without timely access to precise laboratory test results it is difficult to make an accurate diagnosis or assessment of your pet's health.